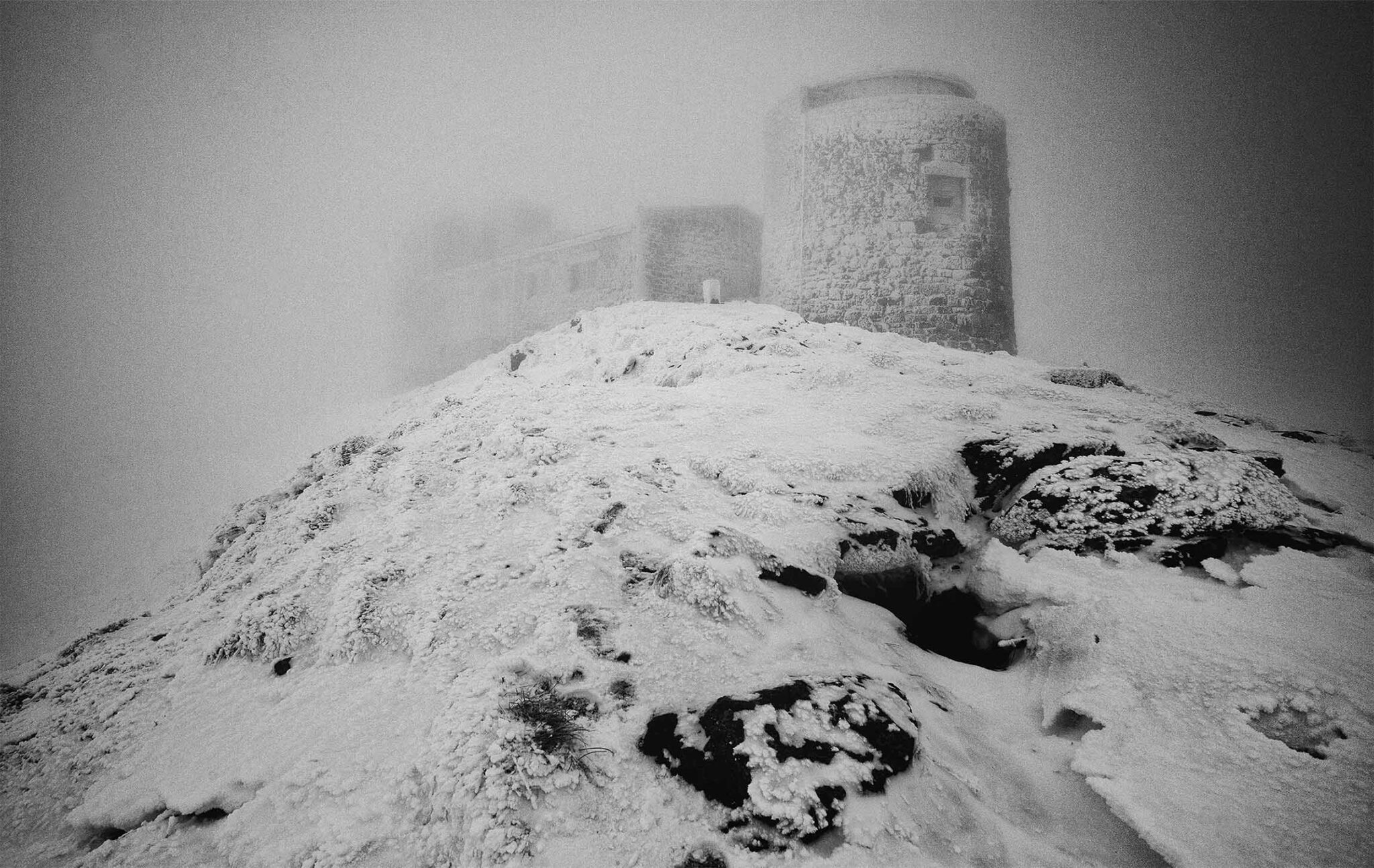 For 5 days, I’ve become a volunteer at the Montenegrin Mountain Search and Rescue Post located at an altitude of 2022 meters above sea level on Mount Pop Ivan in the premises of the old Polish observatory which is also known as the "White Elephant".

Extreme conditions often prevail at this altitude in winter – hurricane winds simply rip off the slopes, snow and bits of ice fly in the air shelling the face. It is difficult to breathe, visibility is poor, sharp cliffs are lurking, winds create snow cornices. In a short amount of time, you can easily get frostbite here.

Vasiliy is 38 years old, he is a rescuer. He goes to the mountains all his life, both in winter and in summer, in all weathers really. He can’t imagine himself without mountains. In 2019, he spent 140 days on the Montenegrin Ridge.

‘Since 2015, together with other volunteers we have been marking tourist routes in the mountains and have been on duty at the observatory in case tourists need help. And in one year we became the official rescue squad of the State Emergency Service of Ukraine.

Tourists check in here, report on their route and also they can find shelter here when conditions become dangerous. We regularly update the information on weather conditions in the mountains,’ tells Vasiliy.

Vasiliy enters the room from the outside, sits down by the fireplace and the heat begins to warm up his hands. His fingertips are tingling. These are the consequences of a frostbite which happened during last year’s rescue operation. Now the slightest cold brings pain in his fingers. The wind never stops outside the window. It can be heard even through plastic windows, especially at night. The wind speed here can reach 30 meters per second, which in the plains equates to a hurricane that takes roofs off homes and uproots trees. When Vasiliy starts talking about safety in the mountains, his face suddenly becomes serious.

Tourists often overestimate their physical abilities and underestimate the danger. Their equipment and clothes often do not correspond to the season. By shortening the routes, people traverse the ridge which can cause an avalanche. But a lot depends on the head of the group who makes the decision,’ also shares Vasiliy.

He tells stories. Some of them are unforgettable. For a few seconds, it seems like he withdraws into himself and then begins to speak in a quiet, monotonous voice, glancing at his hand:

‘When a rescuer tries to help another person, he must know his limit and know when he might not return back. Sometimes it is necessary to cross this line when human life is at stake. In mountaineering there is such a concept as a red line — a line of no-return. Rescuers feel it intuitively’, Vasiliy tells. ‘Last year there was a fatal case when two tourists froze. During the ascent, a snowstorm began and the wind was so strong that it knocked people down. We had to rescue a group of tourists a few hundred meters from the Rescue Post. The last meters we were just crawling. In those conditions, staying in strong winds for more than an hour and in poor visibility is deadly without any exaggeration. Hands quickly freeze even in gloves, you cannot breathe and besides all that you need to pull a victim. We also got frostbite at that time.’

Despite the danger and isolation, this is their favorite job. They are in the midst of mountains, the landscape outside the window changes every minute and eyes run far beyond the horizon.