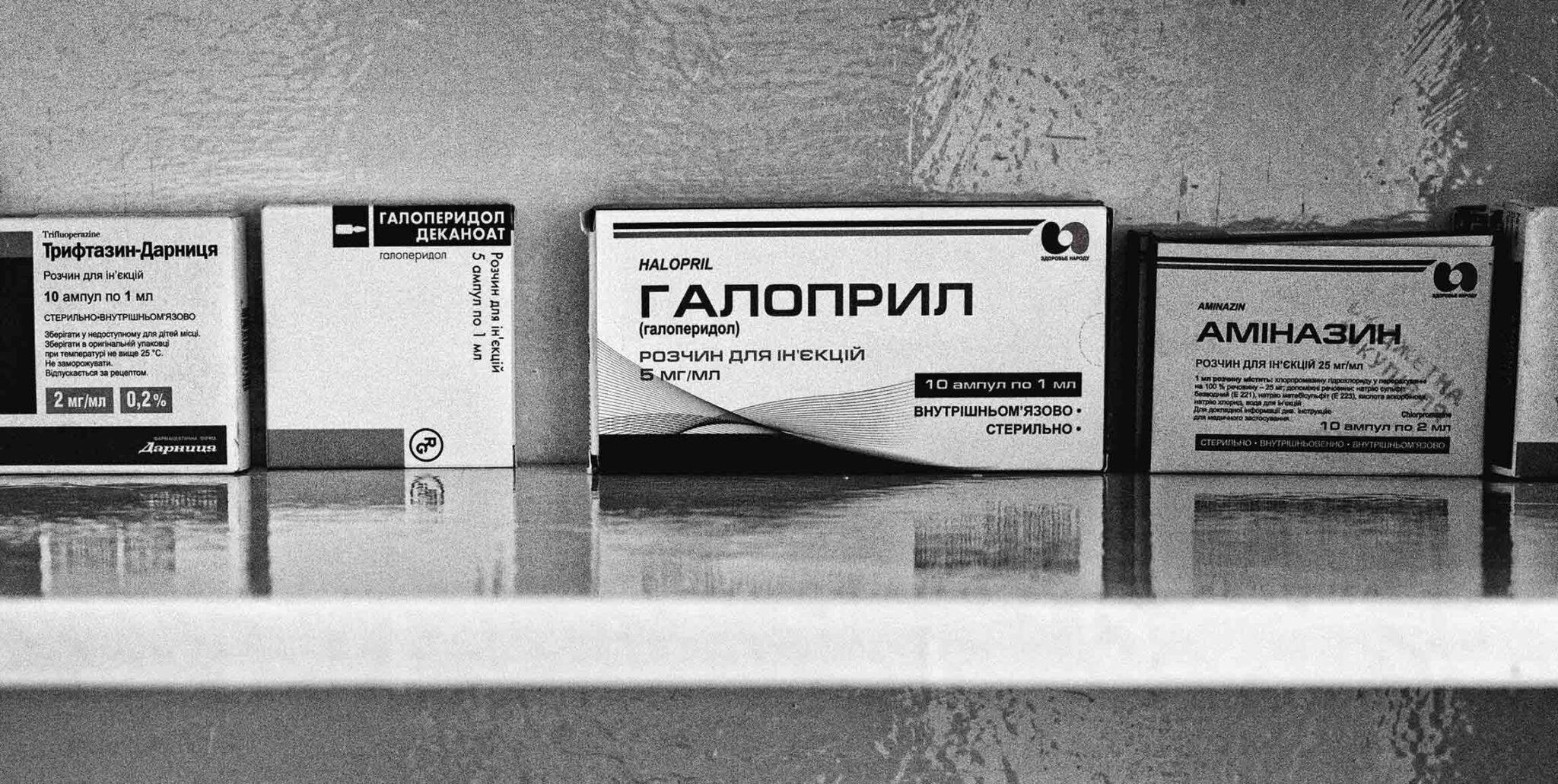 Andrey, a student of a psychoneurological boarding school, comes to meet me and immediately starts to tell me about himself. He was luckier than other patients of this institution – he wasn’t deprived of legal capacity. He has a dream of getting married and becoming a hairdresser. He's open-minded and talkative, that’s what makes him different from others. Andrey could easily adapt in society. But he will never leave the institution because the state has decided so. Andrey doesn't know that his future is long predetermined, that’s why he continues to cherish his dream.

It seems that Andrey could be a good boarding school guide. He shows me a tiled room with a big sign on the wall. He reads it a few dozen times a day and I think he even sees it in his dreams. But if you read it closely, the cynicism of this inscription becomes very apparent. The only thing that is left for the students is hope but in reality they have no hope.

As Nietzsche once aptly said: “Hope in reality is the worst of all evils because it prolongs the torments”.

Just imagine, the director has surrounded the small territory of the boarding school with an iron blue fence – it’s a place where the students are brought in any weather. On the one side, there is a canopy that protects from the sun and rain and on the other side there is a toilet, or rather just a hole in the floor. Under the canopy, there is a long wooden table and benches on which the boarding school students spend all day long being bored.

The grass in the yard is trampled from daily walks. The atmosphere here is invariably dull. Everyone is closed in his own little world: someone sits on the lava and is silent, someone, like a prisoner, winds circles with his hands clasped behind his back, and someone stands by a metal fence, holding on to iron bars and peering into the distance – already studied down to the smallest detail landscape for many years.

For entertainment – one ball, chess and some books thrown on a table by nurses. Nobody touches them.

I look at the names and understand why – the mechanic’s guide, the technology of preparing feed and corn, dairy equipment on farms… Going up to your rooms is strictly forbidden. It is convenient to bring everybody to a small yard for the whole day because all 150 students are under the supervision of one nurse.

Andrey explains in whisper, looking aside:

‘We are not allowed to go upstairs to our rooms. The director is angry. We only have three nurses for the three-storey building. If one of them spends time with the students in the field cultivating the beetroot, the other two won’t need to wash the floor twice a day. We’re locked up for the whole day in this yard so that we don’t bring dirt. We’re hiding under a canopy,’ he says and then lowers his voice. ‘Let’s move away. I can’t say anything in front of the director. They will bash me if they find out.’

We move a little further, Andrey looks around and only then continues: ‘Here, if you refuse to work or argue, you will be stuffed with pills or stabbed with haloperidol to the condition of a vegetable. Then the worst begins. A normal person turns into some kind of a psycho – saliva flows, the face itself twitches, hallucinations begin. You start to feel petrified and the muscles ache from convulsions as if you were beaten with sticks. You walk around the yard like a drunk, feel some kind of weakness and always get dizzy. You have no strength even to stand up, you soil yourself. On days like that, you simply have no desire to live. When they give you aminazine, you sleep all of the time and when you wake up you don’t even know for how long you’ve been gone – a few hours or a week. And nurses also mock – purposely don’t let you fall asleep. You’re losing your memory. Blood gets cold from fear when you see the people from those pills becoming some kind of zombies, howling. They don’t want anything anymore, only that it all ends soon. And if you don’t want to swallow these pills, they will force you to. Once I interceded for one of the students here and I was punished with such “treatment”. Four days without sleep at all, wild insomnia, constant saliva flowing. I thought that I would not survive. I was scared from the feeling that I was going crazy.’

The staff knows that it is forbidden to give such drugs even in small doses without special correctors. In a short time, internal organs, primarily the liver and heart, do not withstand. And psychiatry continues to “treat the soul”, causing irreparable harm to a healthy body. Just a few days and the person becomes mentally and physically crippled.

Officially, a patient has the right to know what awaits them after prescribing medicines and to decide whether to take psychotropic drugs or not. But the patients with their rights for these punishers are simply beds. Psychiatry has become a real death industry.

Andrey is smoothing down his short unevenly trimmed black coarse hair with his rough hand. When he notices my regard and answers even before I had a chance to ask this question: ‘They cut our hair from time to time here. All men and women identically. There’s a hair trimming machine. Once I asked to cut the hair of the patients because I dream to become a hairdresser. I’d cut everyone’s hair nicely, differently. As I saw it in the magazine. But they only yelled at me and told me to be silent and sit quietly.’